Meanwhile Channel 12 continued to release further recordings from the meetings of the group of ministers tasked with handling the pandemic. The latest on Monday was of Interior Minister Aryeh Deri, in which he was heard arguing with Netanyahu over whether, in the face of rising infections, the government should take steps to once again close down sectors of the economy or rather focus on increasing enforcement.

“I say, in this condition, with the economy open, let’s see how we can strengthen it,” Deri was heard saying. “Let’s do a two-week experiment before we reshutter it, God forbid. Let’s do a trial — which we haven’t done to this day — to give the responsibility to the local authorities to handle things.”

Netanyahu fumed earlier in the day over leaks to the media from cabinet meetings that showed the premier pushing for reinstating controversial digital tracking of coronavirus patients, in order to curb infections, while the Shin Bet security agency was imploring ministers not to approve the move. 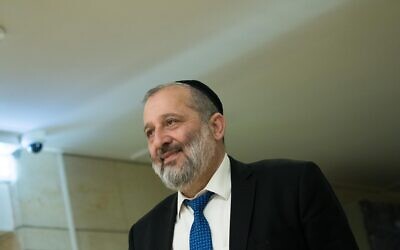 “I don’t remember such a thing being done in all my years as prime minister,” he said. “Not from a cabinet meeting and not from a coronavirus cabinet like this; a discussion with the Shin Bet chief, it is very serious.”

According to Channel 12, the Shin Bet head himself, Nadav Argaman, told ministers Monday after the recordings aired that “it is not pleasant to be in a place where your words are leaked and apparently recorded.”

Meetings of the coronavirus cabinet, a ministerial forum overseeing Israel’s handling of the pandemic, are closed to the public and their content is not generally published. While leaks from cabinet meetings are common, recordings of such meetings are not. In the past, Netanyahu and other ministers have pushed for polygraph tests to be forced on meeting participants in order to expose leakers.

The recordings aired Sunday evening by Channel 12 showed that Argaman opposed renewing and anchoring in law the program that would allow the intelligence service to use sensitive personal data to track coronavirus carriers.

They showed that with virus cases swelleding, Netanyahu is pushing for the reactivation of the shadowy program — employing procedures that are usually reserved for counterterrorism operations — over Argaman’s objections. 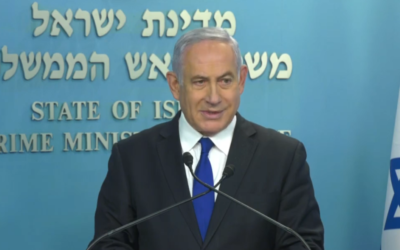 Prime Minister Benjamin Netanyahu in a briefing to the media at the Prime Minister’s Office in Jerusalem, June 11, 2020. (video screenshot)

Earlier this month, the Shin Bet program, which used vast amounts of cellular phone and credit card data to track the movement of coronavirus patients and those in close contact with them, ended nearly three months after it began.

The program had been subject to Knesset oversight, but the High Court of Justice ordered the government to craft a law — instead of a temporary emergency regulation — to give the Shin Bet permission to use these tools.

Ministers decided to call off the program, after having failed to write a bill legislating how it would operate. That decision came after Argaman reportedly expressed discomfort at continuing the effort, and as virus cases had dropped considerably.

The government has since been looking for an alternative method that would be as capable at identifying potential carriers as the Shin Bet’s powerful digital tracking tools — but under the management of a civilian office, rather than a secret service.

But as the virus cases began to surge again this month, Israeli leaders began reconsidering their position.

“What I am asking is that the Shin Bet not be included in legislation,” Argaman could be heard saying during a meeting of the coronavirus cabinet. “What is needed is training that the Shin Bet is willing to provide as a solution, in the event there is an outbreak… and to work tightly, and I mean tightly, with the project that can manage it, so there can be a civilian response for the State of Israel in the coming years.” 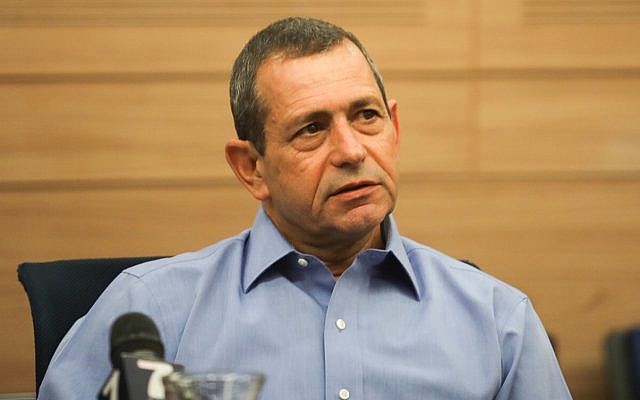 He said the civilian alternative could easily retrace the steps of several hundred patients a day to inform those around them of possible exposure to the virus.

“In the event there are very widespread infections and there will be no other solution, it would be the right move to send it to the [Shin Bet] service. I am asking very, very, very strongly not to start legislating the Shin Bet at this stage,” Argaman implored the ministers.

The television report said Argaman described the program’s functions when applied to counter-terrorism operations in his arguments against the legislation of the tool, details of which remain barred from publication under military censorship rules.

The report said Netanyahu banged his fists on the table and insisted the surveillance be renewed.

“The ships are coming at us, one at a time, and we are refusing to believe it. And they say nothing will happen. Our responsibility is to stop this pandemic. The pandemic is coming back! Back! Now the question is, how much are we willing to do because of this thing [the virus], which is very quickly coming at us,” Netanyahu said.