‘I don’t want to look like James May’: Manchester City’s 2020-21 third kit is ‘leaked’ on Twitter but fans slam Puma for design as they claim pattern looks ‘like a virus’ and resembles shirts worn by former Top Gear presenter

By Kathryn Batte For Mailonline

Manchester City’s supposed third kit for the 2020-2021 season has been leaked on Twitter but fans are not happy with Puma’s design.

The unusual design features a paisley pattern with a ‘Whisper White’ & ‘Peacoat’ colour scheme which is meant to be a nod to Manchester’s indie music scene.

But the shirt, which was leaked by FootyHeadlines, has not gone down well with supporters who claim it looks more like a virus or something that former Top Gear presenter James May would wear. 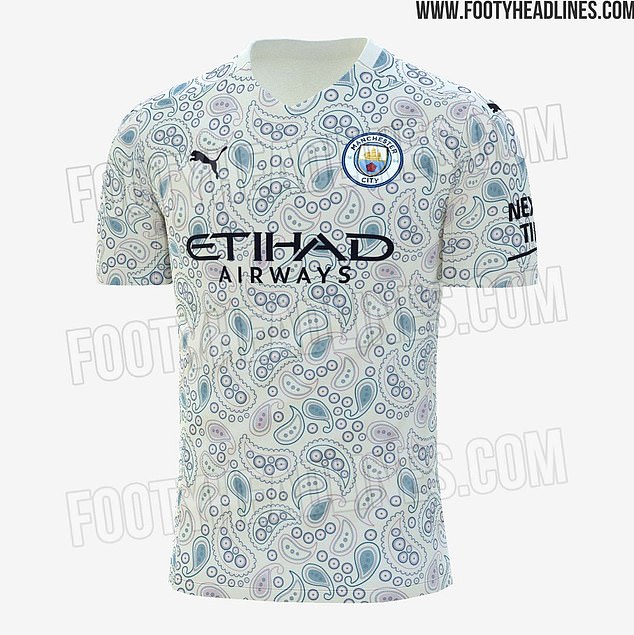 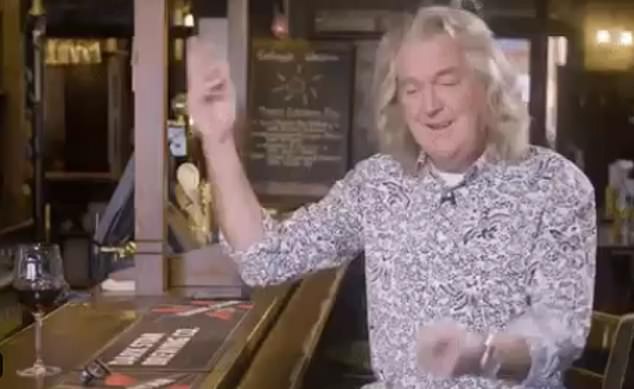 FootyHeadlines quote the Puma description of the kit as saying: ‘Manchester’s music scene has always been an influence on other bands worldwide.

‘The Man City 20-21 third kit takes inspiration from the Paisley floral pattern which was intrinsically associated to the BritPop music scene of the 1960s and 1990s.’ 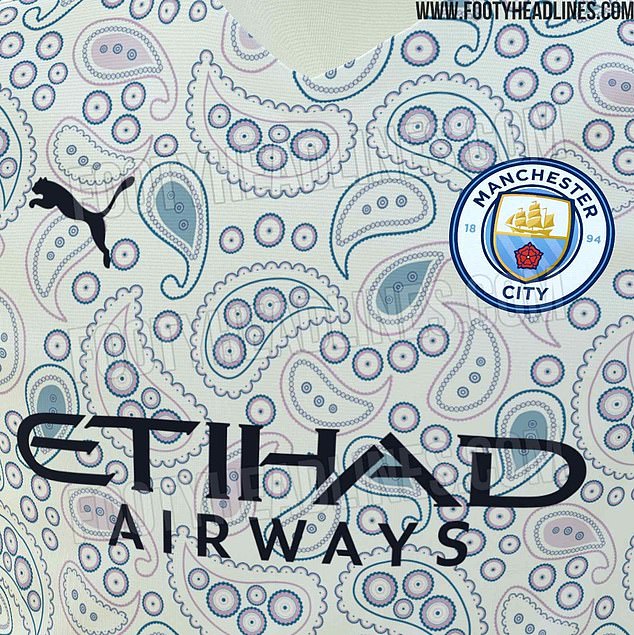 But fans are not convinced and have taken to Twitter to vent their frustrations.

One wrote: ‘On a serious note why does @pumafootball think it’s a good idea to have kits looking like broken glass and cells under a microscope? Getting less people to buy your shirts is a terrible business model.’

Another added: ‘It could eventually make a half decent tea towel? Nah, on second thoughts we’ll let the dishes stand on the drainer. Puma’s designers must think the more outrageous, and out of left field, the better, when it comes to @ManCity – they’d do well to have a rethink’. 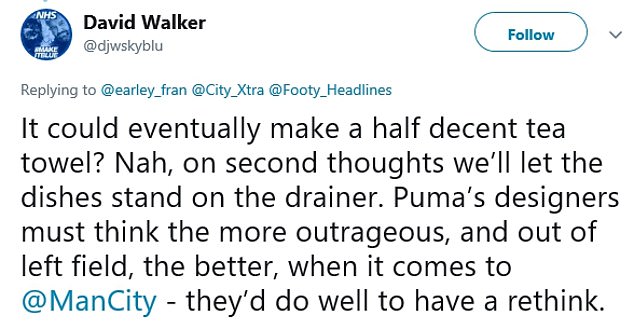 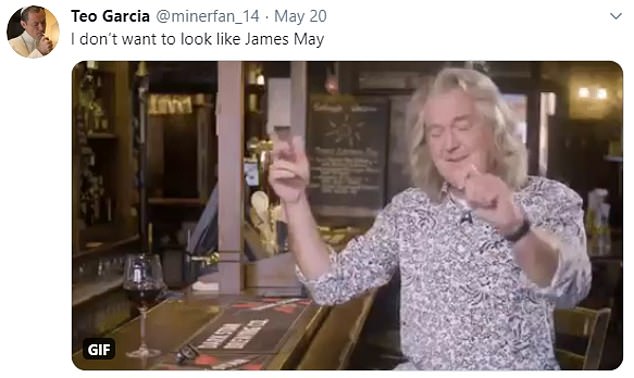 Other supporters labelled it a ‘coronavirus shirt’ while one just wrote: ‘this can’t be real’.

There was more criticism from a fan who said he didn’t want to ‘look like James May’ and another claimed: ‘this is the worst thing I have ever seen.’

Puma signed a 10-year deal with City to replace Nike as their manufactures last year with the contract thought to be worth £650million.

Arsenal suffered a similar backlash when their rumoured home kit, made by Adidas, was also leaked on Wednesday.

The same website revealed a handful of reported kits from major Europeans sides but a zig zag pattern on the Gunners’ shirt stood out.

One fan called it ‘hideous’, while another said he wasn’t at all impressed with the arrow design.